Okay – so this is the third time I have attempted to get this post up.  Lost the internet connection multiple times which resulted in losing my text.

What a day!  We left Wickenburg and headed to Phoenix and we were greeted with More, More, More!  More flowers, More trash/debris,  and More traffic.  However, there were less strenuous climbs and the day moved along well. 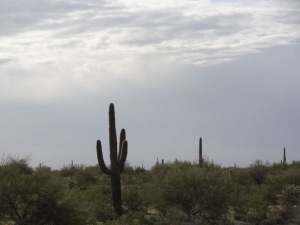 The weather in Arizona has been outstanding.  85, with a light breeze and today we had a bit of cloud cover.  I don’t mind that at all!  The second day, I did not reapply sunscreen, and a week later, I am peeling like crazy on my arms and right leg.  I am now better at slathering on the sunscreen.  I look like a greased pig pedaling across the desert.

Right before the mile 40 SAG stop,  we passed a Glider Rides outfit — we did not stop, but I thought i will have to add that to my list.  We also saw a bi-plane that treated us to our very own airshow — rolls, dips and circles  for miles.

As we approached the SAG stop, I could see that there was a larger than normal group still there  Usually the riders will stop in refill water bottles, and snacks and head out.  As I am at the tail end- there is not usually a big crowd.   I could also see a group of people with signs, and as I got closer big smiles.  Which made me smile as well!   There before me was Audrey and Alison Buckley and Lori Zolla.   What a treat.  Like many on Westgate Rd, where I grew up, the Buckley’s were part of a great neighborhood at a wonderful time of our lives.   We had such good times there.  Of course Audrey was crying so I started crying and several of my fellow riders hung out and took pictures.  As Audrey hugged me she said to me “Your mother would be so proud of you”.  I thought yes should would, but I Also thought she would be saying,  “I don’t get it.. but I am proud of her…”

I have been able to catch up with Lori many times over the years, but seeing here there reminds me once again, that distance is not an obstacle to friendship.  Later in the day, Lori was kind enough to shuttle several of the riders back and forth to the bike shop while I showered.  Now that is a friend.  We had lunch at Chili’s and caught up – and it made the next 17 miles fly by.

But the hometown reunions were not over yet !  I had another surprise as Mike Garland greeted me in the lobby!   So wonderful to see an dcatch up with you MIke!  Mike’s wife and daughter joined us in a bit and brought Mrs Garland who looks just as she did when she was the school nurse!

Quick shower and dinner with Michaela and Alison.  A full day of reminders that I do love, where I come from !

Oh and there was riding today.

Will catch up on the rest tonight.!  Hoping for a more stable internet.

6 thoughts on “Day 8 – “Where I come from” Montgomery Jenkins”